WINSOR MCCAY: HIS LIFE AND ART 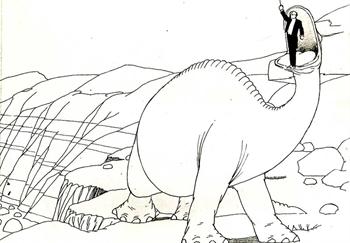 John Canemaker’s acclaimed biography Winsor McCay: His Life and Art celebrates the early-twentieth-century genius who gave the world Little Nemo and Gertie the Dinosaur. This special presentation is illustrated with stunning images from Canemaker’s book, as well as screenings of four of McCay’s greatest films: Little Nemo(1911, 3 mins), the first adaptation of a comic strip to a film format; the indelibly disturbing How a Mosquito Operates (1912, 6 mins); Gertie the Dinosaur (1914, 18 mins), the charming and infinitely influential animation McCay designed as part of a Vaudeville act; and The Sinking of the Lusitania (1918, 12 mins), a somber animated counterpart to McCay’s editorial cartoons. (TRT: 70 mins.)

This entry was posted in ASIFA. Bookmark the permalink.